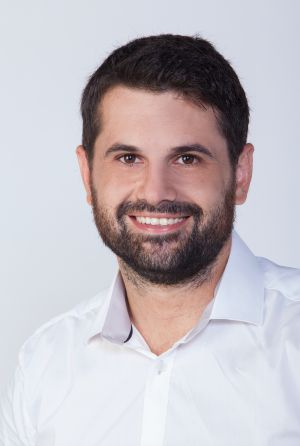 COUNCILLOR OF CIUDADANOS
Born in Palma de Mallorca on 26th November 1985.
Lawyer.Law Degree (2003-2008) by the UIB.Specialised training in Labour and Criminal Law. He has taken complementary training courses in Family Law, Tourism Law as well as Bankruptcy Law.
He works as a lawyer since June 2009, developing his activity in labour disputes, working for both individuals and companies. He has worked on Records of Employment Regulation such as the Television of Mallorca or challenging it as the recent Coca Cola ERE.
He worked for TUI Travel, developing Legal Assistant functions in the legal department (September 2012 - December 2012), making suitability reports for advances and drafting sales and product contracts.
He worked at the Penitentiary Centre Palma de Mallorca, in the Department of Jobs in Benefit of the Community as a procedural processor (February 2008 - May 2009), interviewing convicted persons, assigning them a destination and ensuring compliance with their sentences, acting as liaison between the Criminal Court 8 and the Penitentiary Surveillance Court.
Mc Donalds Palmanova (July 2003-February 2008), he began to work to pay for his studies with the category of team personnel ascending to manager at Mc Donals Palmanova.
He spent both Summers of 2001 and 2002 at an institute in the United States in New York (2001) and Florida (2002) to achieve a good level of English.

Transfer of premises to Treball Solidari

Payment is exempted throughout 2021